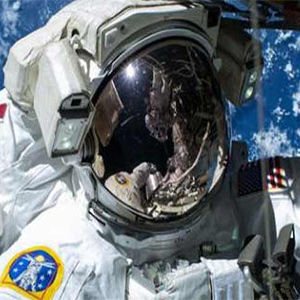 NASA continues to build upon its plans to harness virtual and Augmented Reality for more valuable spac­e exploration.  The space agency and Osterhout Design Group announced that they will be discovering the use of ODG’s Augmented Reality Smart Glasses for a range of terrestrial and space-based activities.

The company have highlighted that ODG’s Augmented Reality Glasses will allow users to do everything they would ordinarily do with a tablet or smart device. They could let astronauts remotely access documents and/or charts, therefore decreasing the weight of materials they carry into space and allowing for a more efficient, hands-free work environment. A NASA spokesperson commented: "commercial airline pilots carry around 15 pounds in manuals, but in space exploration, every pound saved counts".

Astronauts using the Augmented Reality Glasses could conduct line-of-sight checks with digital markers overlaid on machinery, keeping the user’s eyes focused on the task, according to a release by ODG.

“As electronic directions and instructions replace paper checklists and longer duration missions are considered, there is a need for tools that can meet evolving demands,” said Lauri Hansen, engineering director at NASA Johnson Space Center.

“ODG’s technology provides an opportunity to increase space mission efficiencies and we are pleased to explore its potential in human spaceflight while also advancing its use here on Earth.”

NASA have also partnered with Microsoft to simulate scientists working together in real-time on Mars’s surface. The HoloLens project uses NASA virtual reality software called Onsight to take images from the Curiosity rover and project them as three-dimensional holograms allowing scientists to simulate walking on the red planet’s surface.

Augmented Reality powered experiences and the use of pinoeering Augmented Reallity Apps are increasingly becoming the norm within a vast number of industries, as the potential is seemingly endless. Areca Design have created effective Mobile Augmented Reality Apps (AR) within Automotive, Education, Historic Tours, Reporting and Analytics.

For further information on how Augmented Reality works and how we can help develop a successful mobile AR App to bring your business to life, please contact us today on: 01386 570360, or email: designteam@arecadesign.co.uk