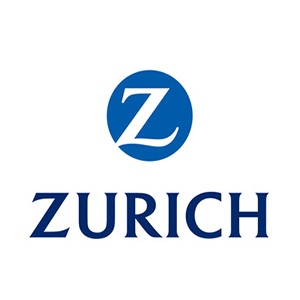 With the multi-million figure investment, Zurich Insurance are developing Mobile Device Apps, which will track a manager's training and then direct them to tailored materials for their own style of learning.

The AR Technology is expected to take form during classroom-based training sessions. Managers will have the ability to point their mobile phones at a poster or 'learning card', which will transform on screen into a video, online training course or book offering thorough information and educational pieces.

Daniel Neubauer, Group Head of Learning Innovation at Zurich, claimed "I would expect to see an immediate return on investment". He continued, " It is going to help identify the managers who want to develop further and those who don't want to lead anymore".

"The challenge with training 50 people is how you direct them. Augmented Reality allows people to self-direct"

The innovative technology has begin generating spin-offs throughout additional parts of the Zurich Insurance brand. In one of the prototype applications, vehicle drivers are able to point their phones at an SOS Card on their dashboard. Upon the AR launch, users will then receive immediate help on their device, if they are involved in an accident.

The specific App will also assist the driver in finding a garage, sourcing a lawyer and recording details of the other party, for a smoother accident control process.

The educational project launch was initially inspired by Google, after using data analytics to provide a list of key skills, in answer the question: "What makes a good Manager?" Zurich Insurance pursued with it's own research exercise, to identify the main eight attributes that are required for the definition of a great Manager. Neubauer secured an initial investment of 80,000 Swiss francs (approx. £55,000) a year, from the corporate communicate and marketing department, in an aim to kick-start the new project.

However, a much wider business case was going to be needed in order to invest heavily with Augmented Reality in Business. Based on this theory, an exhibit was arranged to showcase how Augmented Reality could be utilised within the company, at the 2015 Leadership Conference in Rome – attended by 500 Senior Leaders. The demonstration booth showed how AR could be integrated, not simply just for training purposes, but also in marketing and to assist car insurance policy holders who may have been involved in an accident.

One Augmented Reality Example demonstrated how consumers were able to point their mobile device at a branded poster, which then automatically launched a video with further information on the topic.

The Benefits of Augmented Reality in Business

Following internal feedback from the business, 30% and 40% of managers did not believe they had received the correct training for their current role. The system, which is expected to launch in October 2015, aims to focus on this flaw and provide rapid payback through an effective AR Training System.

Neubauer highlighted, "I expect all 10,000 managers will find the immediate training they need, and next year we will see if all managers will reach the standard we are expected. We hope to see employee engagement go up".